Hours after hailing his first wife, Yul Edochie also took to his second wife’s comment section to drop a sweet message for her.

Judy Austin had shared stunning photo as she described herself as a woman who is beautiful in and out.

“BEAUTIFUL IN AND OUT!!”

“IJELE! NWUNYE ODOGWU. NWUYEM. THE WIFE OF A KING”.

Gistlover earlier reported that May Yul Edochie, the wife of actor and political aspirant, Yul Edochie had received love from her fans, friends and celebrities as she returned to the gram.

The mother of four who had been silent on social media since her husband announced the birth of his fifth child, who he fathered with his colleague turned wife, Judy Austin, returned hours ago by sharing stunning photos of herself.

May Yul Edochie revealed that she was one of the VIP guest at comedian Ayo Makun and his wife child’s dedication party.

She advised her fans to believe in the power of positive energy because you just need to breathe, trust and embrace patience.

“ABOUT YESTERDAY….MY LOOK FOR @AYCOMEDIAN @REALMABELMAKUN AYOMIDE’S DEDICATION. BELIEVE IN THE POWER OF POSITIVE ENERGY… SOMETIMES YOU JUST NEED TO BREATHE, TRUST AND EMBRACE PATIENCE. “KEEP YOUR FACE ALWAYS TOWARDS THE SUNSHINE, AND SHADOWS WILL FALL BEHIND YOU”… WALT WHITMAN. HAPPY NEW WEEK FAM! MY SUPPORT SYSTEM”.

Taking to her comment section, Yul Edochie hailed her as the wife of a king.

HE WROTE, “LOVELY LOOK. MY CEO EXTRAORDINAIRE. MY WIFE. THE WIFE OF A KING”. 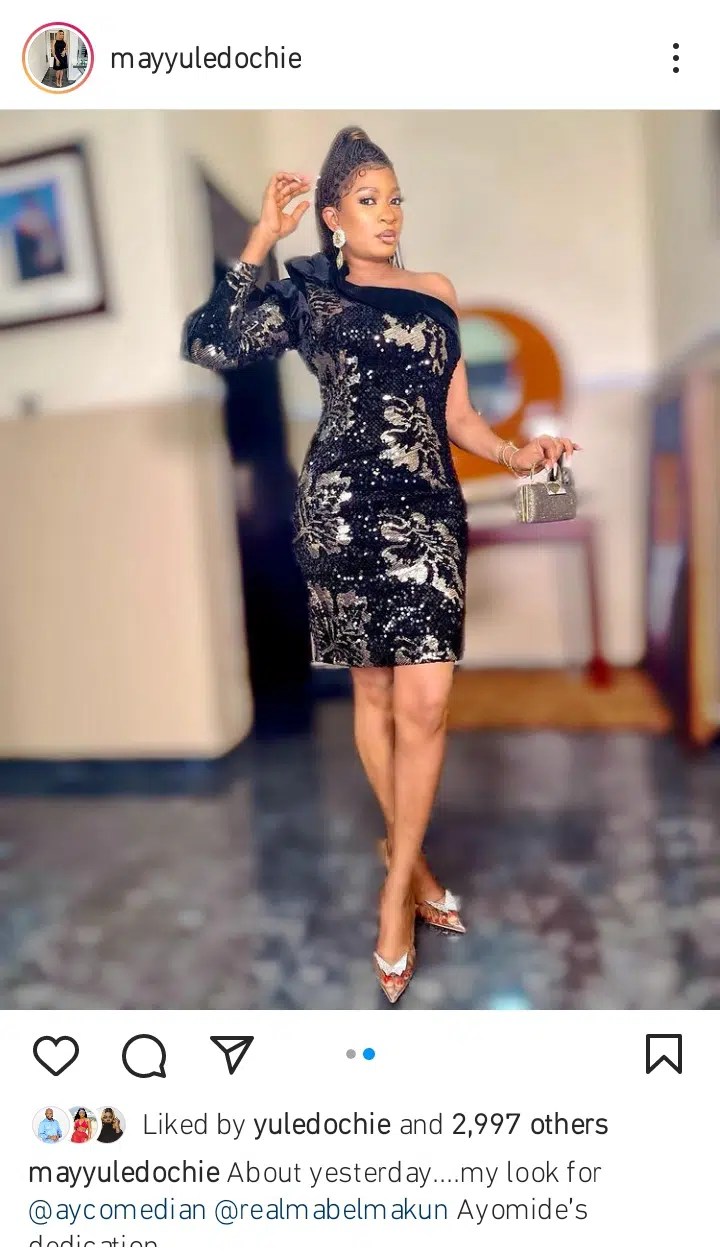 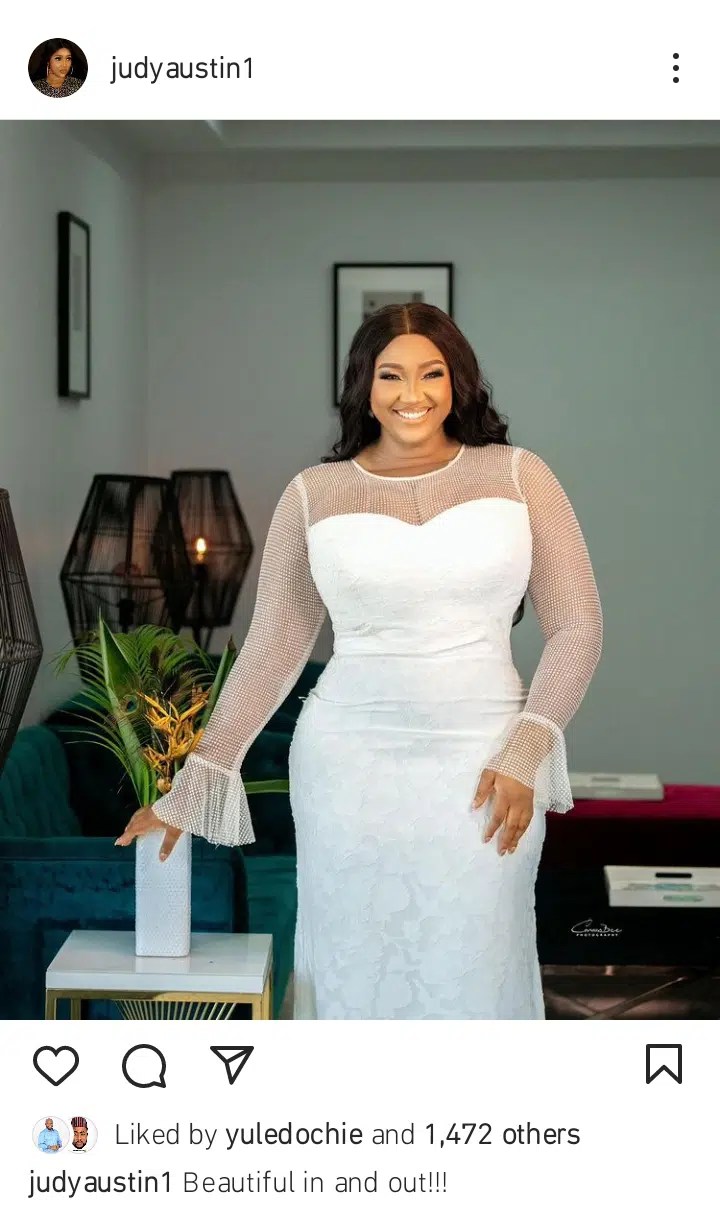 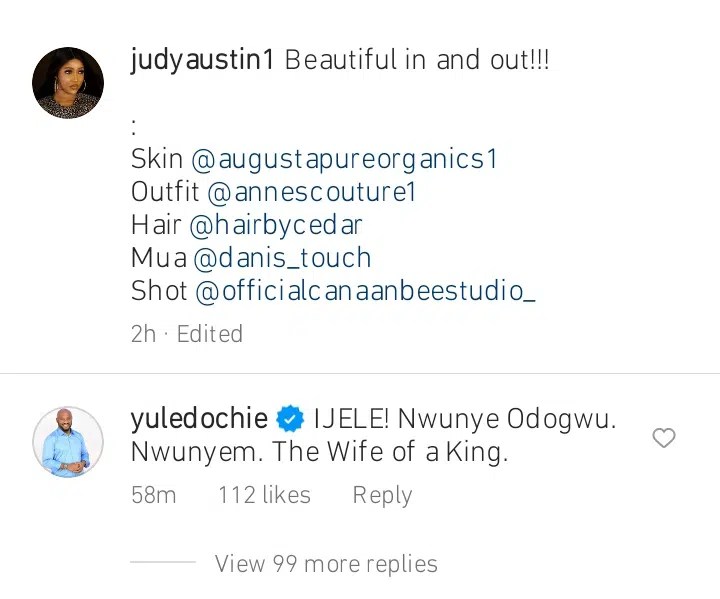 Wife of a king: “keeping up with the Yul’s”- Reactions as Actor Yul Edochie gushes over his wives May and Judy