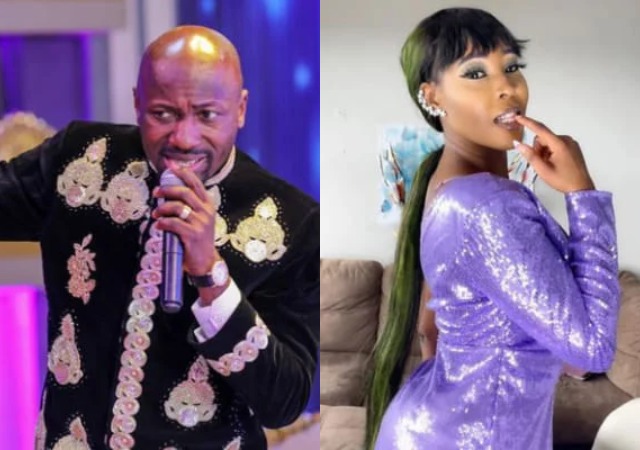 Microblogging platform, Twitter has deleted some of the posts of Canadian singer, Stephanie Otobo where she raised allegations of sexual intimacy with the senior pastor of Omega Fire Ministry, Apostle Johnson Suleman.

Otobo in a series of posts on her Twitter account which has now received huge followers had posted sensitive pictures claiming that she snapped them during one of their intimate moments.

The singer also threatened to release more evidence that the cleric had intimate moments with her.

Apostle Suleman in his reaction to the issue claimed that he is trending on Twitter because he called for an end to ASUU Strike.

He claimed that they are using the same strategy against him and should have waited till the week ended.

The cleric, however, did not mention the people using strategy against him and did not clearly state the name of the Canadian singer who had dragged him online.

A check on Twitter this morning shows that the Microblogging platform has deleted two of her posts.

The posts were deleted by Twitter for violating its rules.

Twitter deleted the post where the singer shared nude pictures claiming to belong to the Senior Pastor Omega Fire Ministries.