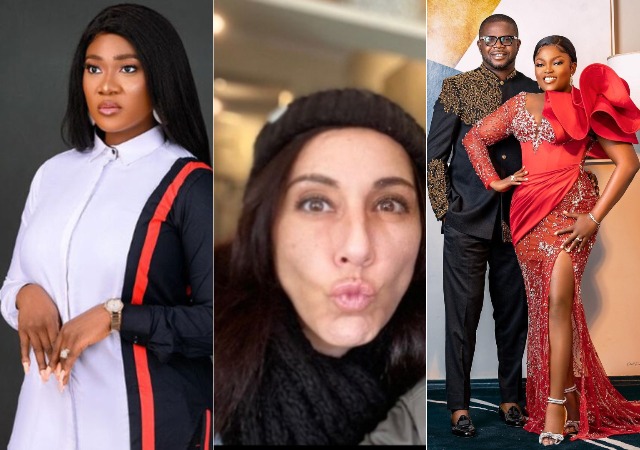 Mella, JJC Skillz’ baby mama, has dragged Actress Mercy Johnson into the ongoing drama between Funke Akindele, her son Benito and his father.

Mella, in a post shared via her Instagram page on Friday, April 15, said JJC allegedly assaulted his son and inflicted ‘grievous bodily harm’.

She also shared hospital reports to back up her claim. Also, In a video posted on social media, Her son Benito recounted how his father assaulted him after he was expelled from school.

Amidst the whole brouhaha, Funke Akindele has remained silent and failed to comment on the issue online.

An unbothered Funke Akindele took to her social media page few days ago to share new photo of herself.

Many Nollywood stars stormed Funke Akindele’s comment section with beautiful compliments, including Actress Mercy Johnson, who described her as a queen following her silence on accusations levelled against her.

Reacting to Mercy Johnson’s comment, Mella stated that Funke did not in fact ignore her allegations but also attacked her son and has been presenting “nasty distorted private information”.

She added that the ongoing situation isn’t drama like folks have pegged it but real life trauma. 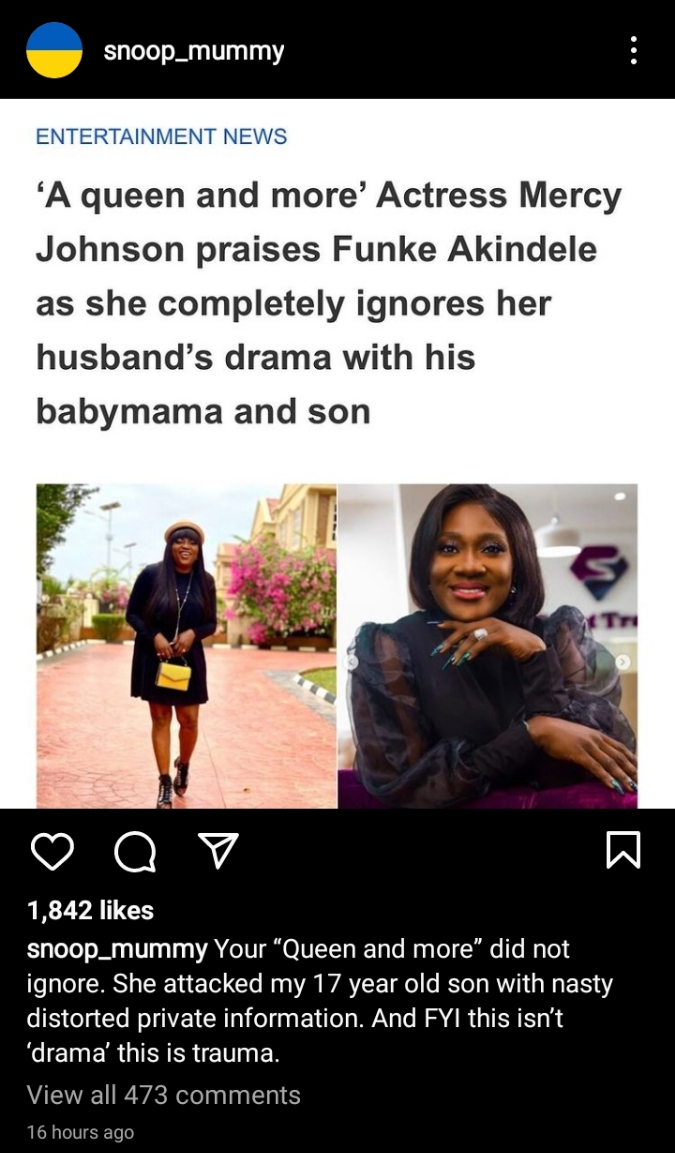