The system, Nigerian Internal Security and Public Safety Alert System (NISPSAS) mobile application, will be unveiled on Thursday in Abuja. 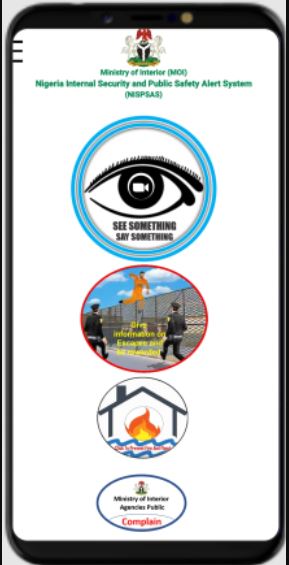 “The Nigerian government has adopted a digital security system aimed at tackling insecurity in the country.

The system, Nigerian Internal Security and Public Safety Alert System (NISPSAS) mobile application, will be unveiled on Thursday in Abuja.

The Minister of Interior, Rauf Aregbesola, disclosed this in statement issued through the acting director of public relations in the ministry on Thursday.

Aregbesola said that NIPSAS mobile app which is available on Google and IOS stores is owned by the ministry on behalf of the Federal Government of Nigeria.

The minister explained that NISPSAS project is part of the government’s efforts to provide adequate and prompt response to emergency and safety of lives and properties.

“It has a Mobile Application dashboard for the public to report fire, crime, medical and accident distresses. The NISPSAS platform will provide internal security identity verification platform on ICON mark ‘VERIFY’ which help in the protection of innocent citizens from failing victim of crimes, terrorism and public safety concern,” the release said.

Recall that the federal government had on February 2019, launched NISPSAS as part of measures to boost national security, counter-terrorism and protect the public against avoidable disaster.