Nollywood actress, Laide Bakare has furiously addressed the news spreading round the internet about her source of income.

The actress has topped headlines and raised eyebrows since she bought her new house in March, and splashed millions on two luxury cars.

In wake of her self acclaimed Billion naira net worth and the news of her frolicking around, Laide has sternly warned her colleagues to desist from commenting on such nasty rumours.

This is coming after Laide slammed her colleague, Tonto Dikeh and called her an Oloriburuku meaning a stupid or mad person for reacting to Gistlover’s post about how she made her money.

It all started on Monday, May 30, 2020, when Laide Bakare announced that she will be releasing a book to clarify how she became self-made through hard work and not sleeping around as rumoured.

In retailiation, the popular Instagram blog, Gistlover vowed to spill dirty secrets about Laide Bakare’s source of wealth and the different men she is romantically involved with. The gossip platform also vowed to expose other female celebrities like Tonto Dikeh, Iyabo Ojo and more.

An in anger, Laide Bakare responded to Tonto Dikeh’s post by calling her, an Oloribuku person.

In respect to that, Laide vowed to fight dirty with anyone who supports the blog. 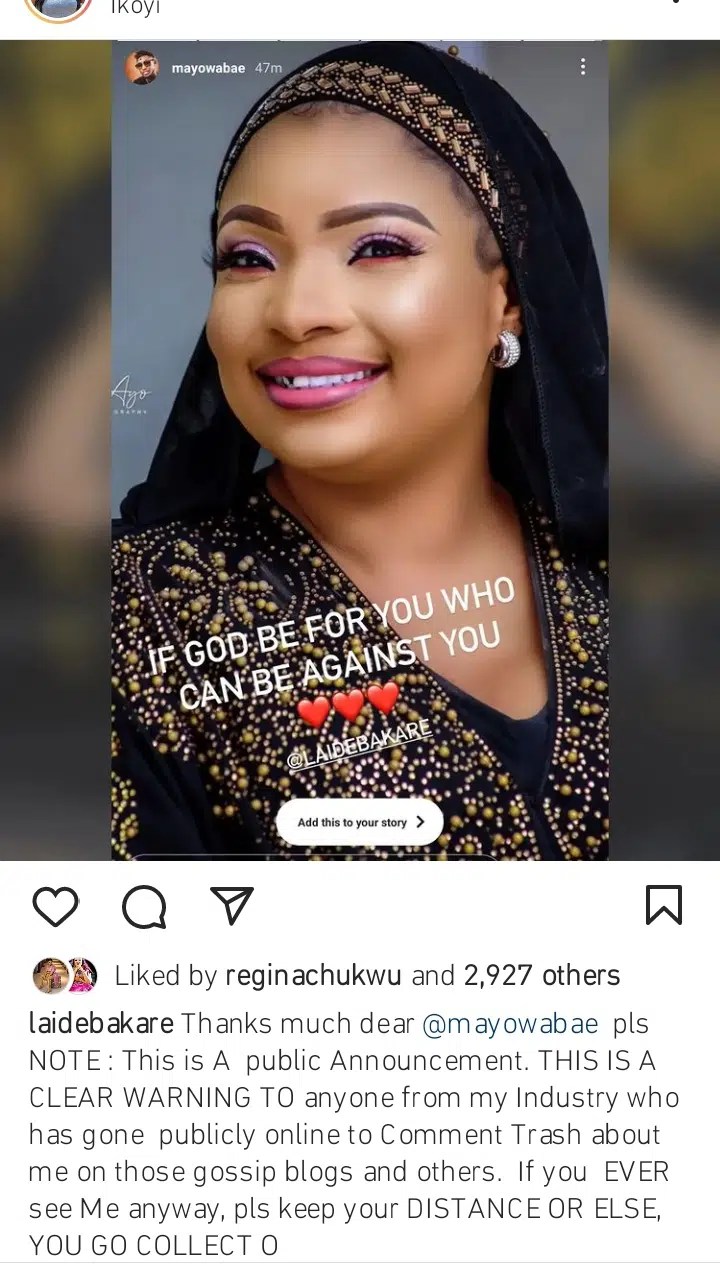