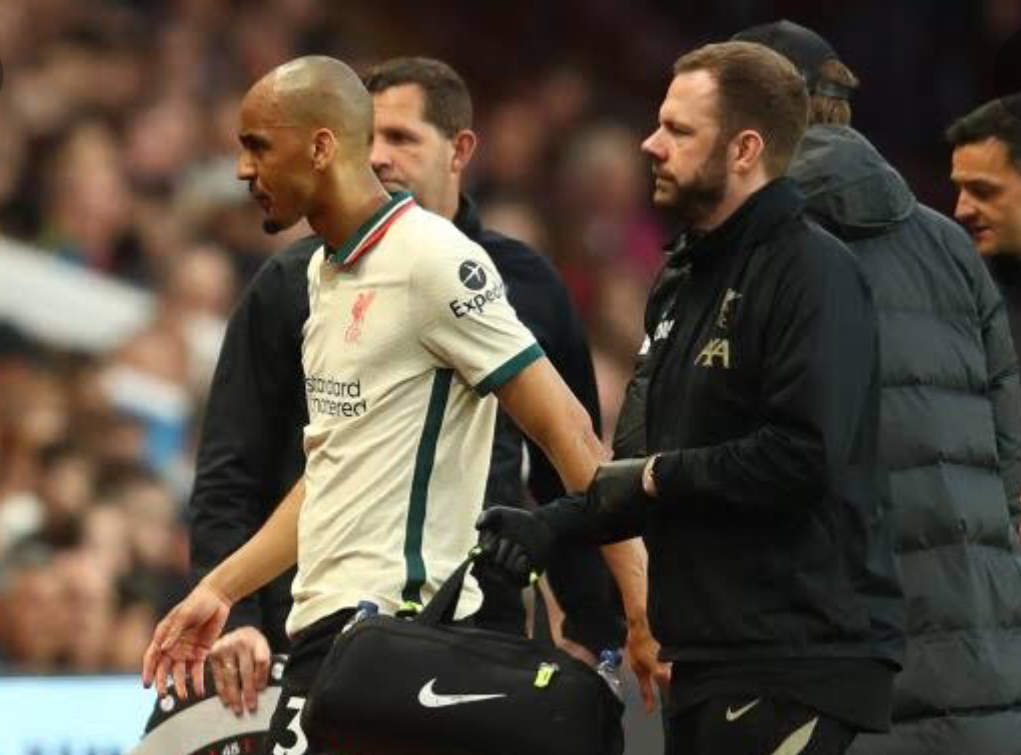 Liverpool manager Jurgen Klopp revealed that Fabinho is feeling positive about his injury after being withdrawn in the Reds’ 2-1 victory over Aston Villa on Tuesday night.

Fabinho was forced off midway through the first half of the game at Villa Park with what appeared to be a hamstring problem.

Liverpool now turn their attention to the FA Cup final against Chelsea on Saturday after putting the pressure on Manchester City in the Premier League title race.

The Champions League finalist are level on points with City, who will be guests to Wolves on Wednesday evening.

And speaking on the latest setback The Reds boss said: “I don’t know [how bad it is]. He felt the muscle, not too much.

“He is quite positive but I’m not sure what I can make of that, to be honest. We will see.

“I think the rest came through without problems.

“He [Fabinho] has a good feeling and that gives me a better feeling than I had and I took him off. What that means, I don’t know yet.”

Meanwhile, Klopp confirmed that Andy Robertson was rested against Villa, having been omitted from the match-day squad.

“Robbo was not in the squad because I wanted to give him just a rest at home and bring another striker into the squad if we needed, that’s it.

“Apart from that, we should be fine.”