Kemi Olunloyo, Self-acclaimed Investigative journalist, has questioned why Nollywood actress, Tonto Dikeh is obsessed with her.

This is coming hours after Tonto Dikeh revealed on Instagram that she had arrived Lagos to beat up Kemi.

For days now, Tonto Dikeh and Kemi Olunloyo have been at loggerheads after Kemi Olunloyo had an Instagram live session with her ex-boyfriend, Prince Kpokpogri over his demolished building and trashed the actress for clout chasing with his predicament.

In the video, Kemi Olunloyo claimed that Tonto Dikeh was only bragging and was not behind the demolished building. She went on to call the actress a clout chaser for trying to feed the public with a ‘power image’.

In response to the video, Tonto Dikeh took to her social media story to shade Kemi Olunloyo with threats of sending her to jail.

Feeling hurt by the actress’ comment, Kemi Olunloyo asked why Tonto is wishing she goes back to jail after all she went through in Port Harcourt prison, which has made her battle with Post-traumatic stress disorder (PTSD) for years.

Tonto Dikeh promised not to back down as she stated that she would help curb Kemi’s veil mouth.

Keeping to her words, Tonto Dikeh took a flight from Abuja to Lagos on Saturday evening May 21, 2022, solely to have Kemi Olunloyo arrested.

“Kemi I have just landed Lagos solely to find you… You have 2 options and 1facts, show up at the address in your dm, don’t show and make me waste my funds and time. Now this will get me super super super mad!! And Kemi you need to know I have never said a thing I can’t do, am here to spank you thoroughly”.

Kemi Olunloyo took to her Instagram page to question why the actress was obsessed with her.

According to her, Tonto Dikeh’s obsessive behavior is typical of an active drug user.

“Ms Tonto Dikeh The obsession she has for me is typical of an active drug user. I have invited her to join in the war on drugs via education instead of begging the @ndlea_nigeria to test her and make her an ambassador. Tonto start building yourself and stop erratic behavior”. 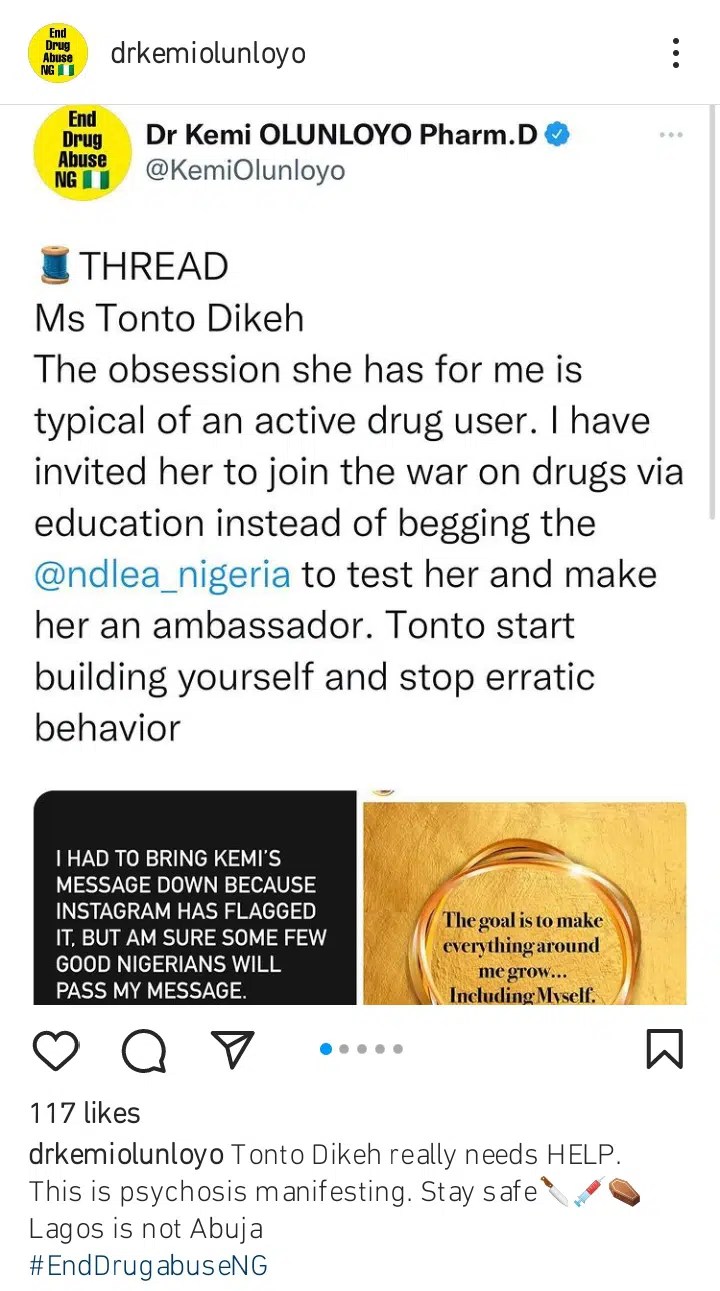 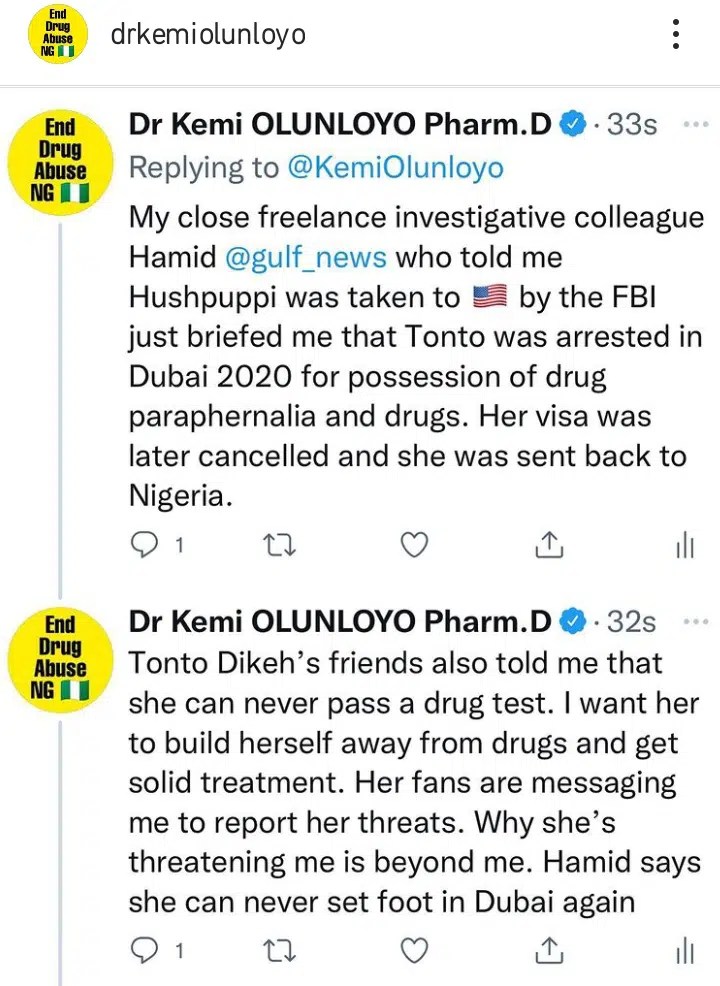 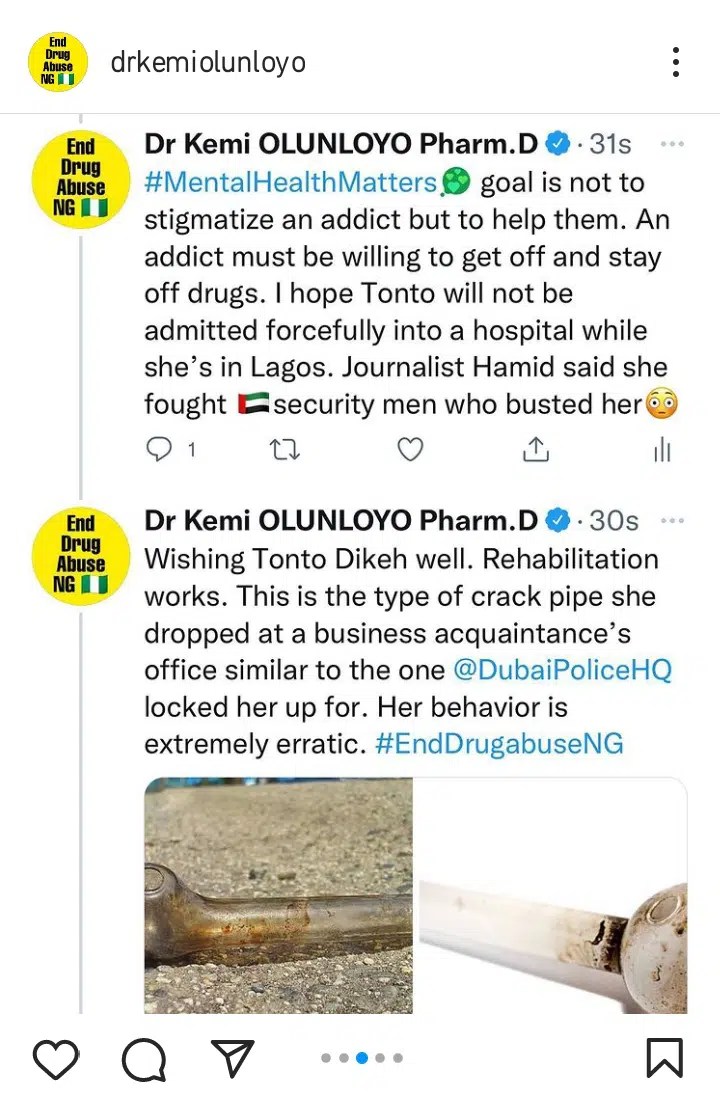