Recorded mostly during the 2020 with Jay swagz in the heart of south Eastern Nigeria, Enugu.

This album begins with the billion dollar dream track that recounts in the opening lines his starry-eyed dreams of making one million naira years ago. Midway into the song, he quips “I built myself, I motivated myself. No single person to help me, so I helped myself” 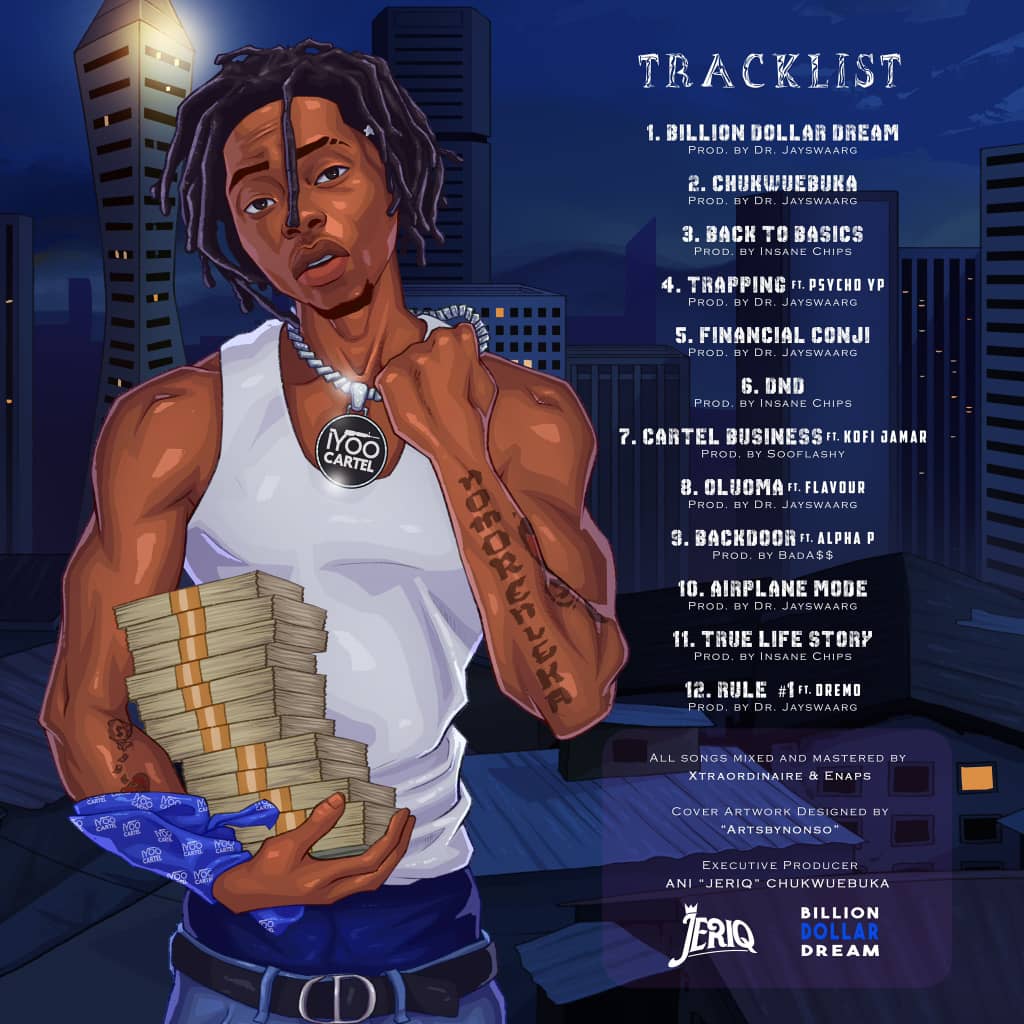 In the second track, CHUKWUEBUKA, he emphasizes the superiority and magnanimity of the Supreme Being. How he still oversees every dealing that goes on in the streets. An almost motivational song that preaches grit and grace.

Back to basics, a celebratory track that sheds light into his life of hustling and the defiant belief of a hustler. It also shows the thrill in his new life of flamboyance.

Billion Dollar dream, Jeriq’s debut album is a project of 12 rap songs which encompasses the young rapper’s evolution since his breakout. The project features Psycho YP, Koffi Jammar the Ghanaian rap sensation, and Alpha P. Dremo comes in on one track to cement the talks about their artistic compatibility.

“Backdoor”, the bop that features Alpha caught Jeriq off-guard where he sang for few seconds before waltzing back into his trap comfort. “Cartel Business” is a solid song that sees for the first time the fusion of Oja in a trap music. An exciting marriage of native Igbo sound and trap beat.

You can download the Album from the link below..