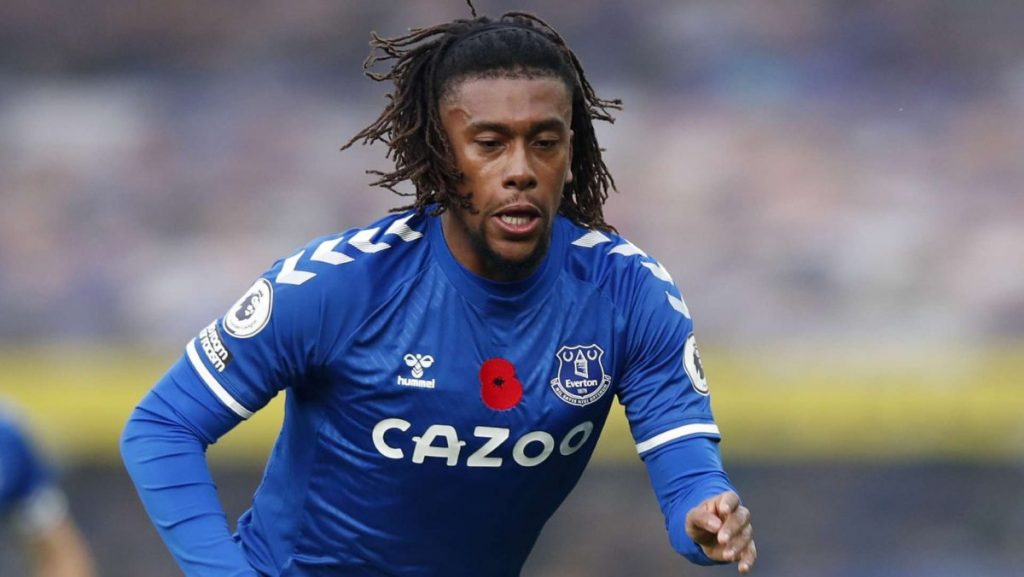 Super Eagle winger, Alex Iwobi has revealed that he’s prepared to play in the defensive position in as much as it will help Everton avoid relegation.

The Nigerian international made this known in an interview with Liverpool echo.

Iwobi said that he’s more determine to go extra mile in a bid to strengthen Everton’s quest of surviving the drop in the Premier League.

It’s good, anything I can do to help the team,” Liverpool echo quoted Iwobi.

“I do get the ball a lot,I get into attacking opportunities as well.

“I just have to keep on doing what I can do for the team.

“Whether it’s right wing back, right midfield,in the middle, I just have to keep doing my best.

“Before I started playing consistently he (Lampard) told me to go and express myself,play how I train.

“I’ve been trying to do that and repay the faith.

“Every time he’s always talking to me to stay confident and that’s what I’m trying to do on the pitch.”

Iwobi has three goals and three assists from 29 games in all competitions for Everton this season.

Everton are currently 16th in the Premier League with 36 points after 35 games.

Everton play Brentford next on Sunday May 15.

He is a Nigerian professional footballer who plays as a winger for Premier League club Everton and the Nigeria national team.

Iwobi began his career at Arsenal, making 149 appearances and scoring 15 goals, and winning the FA Cup in 2017. In August 2019, he transferred to Everton for an initial £28 million fee.

Iwobi represented England up to under-18 level. He made his senior international debut for Nigeria in October 2015, and was part of their squads at the FIFA World Cup in 2018 and the Africa Cup of Nations in 2019 and 2021, finishing third at the 2019 tournament.