Ex-BBNaija housemate, Angel has taken to Twitter to shade those collecting money from politicians this election period to sway the public.

She took a swipe at those guilty shortly after her colleague, Cross disclosed that he had a chat with Peoples Democratic Party presidential candidate, Atiku Abubakar.

Cross who described Atiku as his “Dad”, asked Nigerians who they think would be his running mate in the 2023 presidential election.

”Had a quick chat with my dad @atiku his so funny guys. Who do you think his Vp will be  just thinking  out loud” 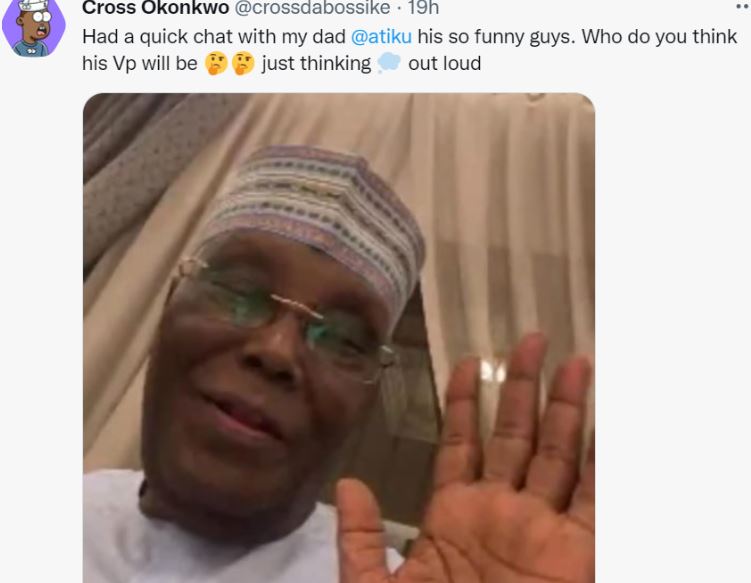 Shortly after the tweet was shared, Angel stated that those “taking money from Nigerian politicians during this period to sway the public” should be very ashamed of themselves.

She noted that this is a critical moment as the wrong move will destroy Nigeria.

”If you’re taking money from Nigerian politicians during this period to sway the public, be very ashamed of yourself. This is a very critical time for Nigeria, one wrong move and we’re finished. Choose your morals over greed.”

She also wondered why some people will choose to collect money to “persuade the masses to put these people in power”, when they know young and old people were killed during the #EndSARS movement.

”I think it’s hilarious that you people are aware that people; young and old got k*lled because of the endsars movement and still you choose to collect money to persuade the masses to put these people in power. I know I said we should abolish shame but please still have small.

Even if you fit japa, what about your friends and family that can’t?” 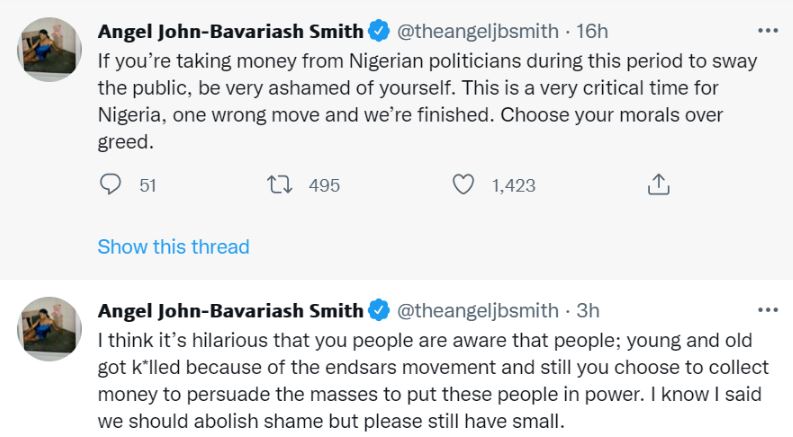