All isn’t well in the home of the legendary singer, 2face as his wife, Nollywood actress, Annie Macaulay Idibia has shared a cryptic post hours after unfollowing her him.

Annie Idibia unfollowed him on Instagram in wake of his visit to London to bond with his 3 other kids, Ehi, Justin and Innocent with second babymama, Pero Osaiyemi Adeniyi.

A check on the actress’s page and noticed she did not only unfollow her husband on the photo-sharing app, Instagram, but she also took down all pictures of him on her page.

2baba didn’t reciprocate it, as he still follows his wife, but the singer put up a video hours ago where he was seen rocking his wedding band on his middle finger instead of his fourth finger.

On Annie Idibia’s Instagram story is a cryptic post where she referred to herself as “one hell of a woman”.

She admitted that she is one hell of a woman and added that people desire the kind of life she has.

“YES…I HAVE A VERY BEAUTIFUL LIFE.. INCREDIBLE KIDS. A PRAYING MOTHER..AN INCREDIBLY SUCCESSFUL, RICH IN HEALTH, LOOKS AND POCKET. EXTREMELY GENEROUS, HUMOROUS, GENUINE AND CARING HUBBY! AND YES I AM ONE HELL OF WOMAN! BEAUTY, BRAINS, CREATIVE, HARDWORKING…DEEP IN WITTY!!! HAAWWWTTTTT AF N YES SO FAVORED IF I WERE U I WANT MY LIFE TOO”. 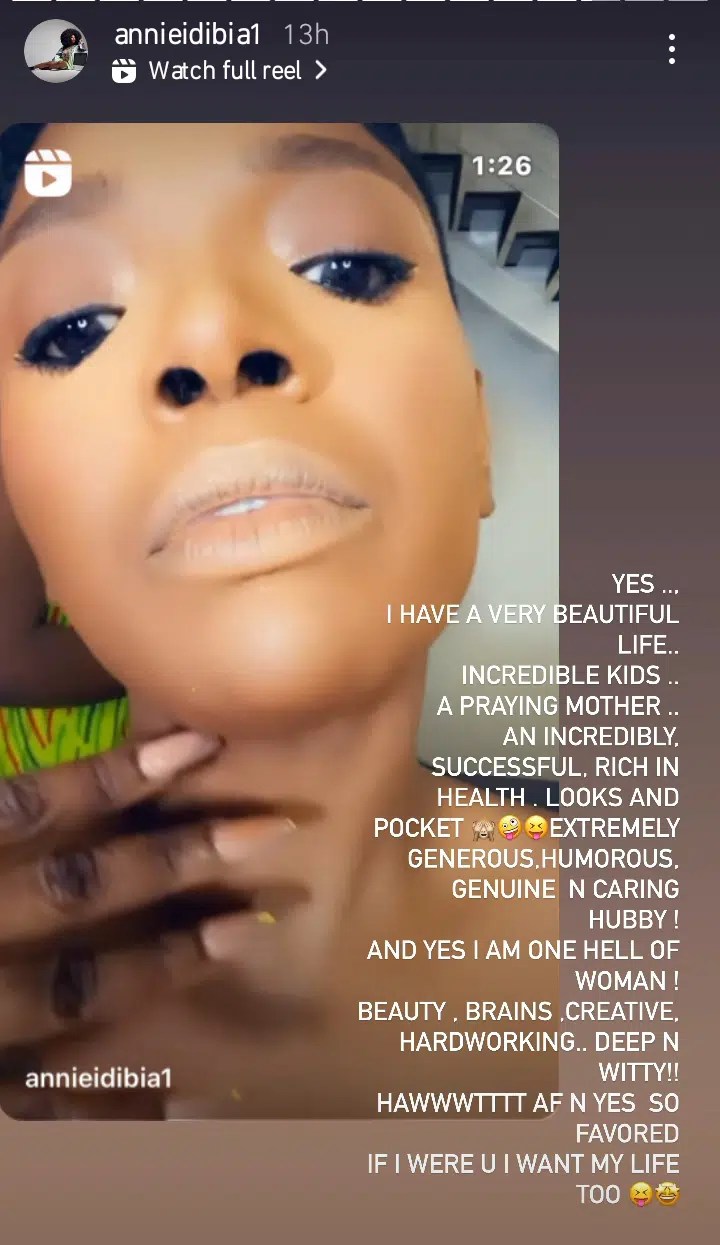