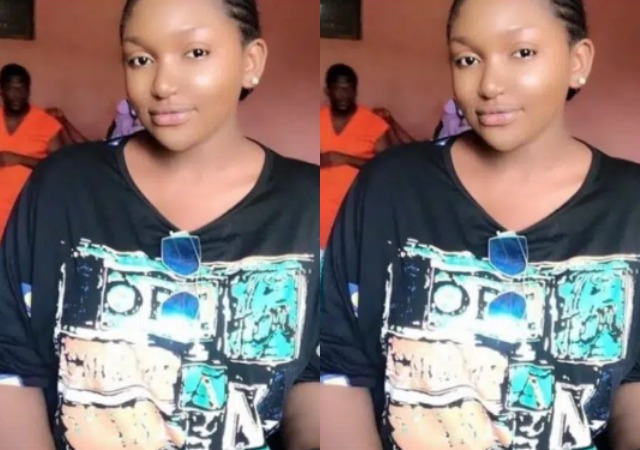 It was gathered that the movie star was confirmed dead at the East Side hospital Enugu after she slumped while cleaning the Chapel of St. Leo the Great Catholic Church in Federal Housing.

The Priest Rev Fr. Uchendu Chukwuma and some parishioners rushed her to the hospital where she was confirmed dead.

Efforts are being made to contact her family members before depositing her body in the morgue.

The cause of her death is yet unknown.

However, a few hours after the report of her demise, her colleagues are mourning her in different ways.

The actress who was popularly known as Chi Bernards rose to fame on social media when her romance with the Yul Edochie hit the net.

It was rumoured that Yul bought her a Volkswagen golf at the time they were dating.

Before her demise, the deceased has featured in several hit movies.

“We sadly just received the news about the sad demise of Actress Chinedu Nwankwo popularly known as Chi Bernards which occured few hours ago. The late actress has been featured in some hit movies. Her popularity hit many on social media few years back when her romance with actor Yul Edochie hit social media gossips. Yul even was rumoured to have bought her a Volkswagen golf at the time they were dating. She was so young and beautiful. May her gentle soul rest in peace”.