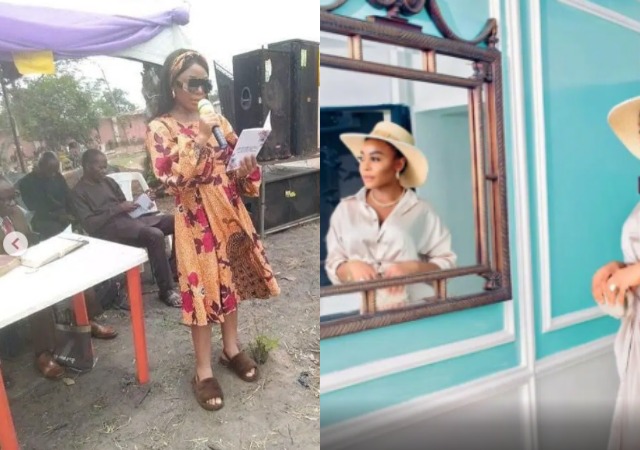 Ex-BBNaija Housemate Ifu Ennada is been dragged through the mud after photos of her father’s burial surfaced online.

Ifu known as one of those who flaunt her frivolous lifestyle online, numerous vacations and brags about many of her acquisitions.

However, social media users have been left surprised with photos of Ifu Ennade’s father’s burial, the compound and how many of her colleagues shunned the event.

The photos that leaked online captured a few members of Ifu Ennada’s family and friends who have come to mourn with them, which is under par considering the lifestyle she had consistently put up online.

While some netizens mocked her, others alluded that Ifu Ennada might have chosen to have a low-key burial for her father.

posho_beads_fascinators wrote: Take care of home before impressing the streets

goldyafrica wrote: Chai, with all the wealth she flaunts online see her papa burial may God have “mercy” apan us

fidel__flawless wrote: She no go thief do burial na, next please

_ugodibeze wrote: Ifu has always been herself. Struggling and all. She’s not been one of those doing more than herself. Let’s not forget that. May her dad’s soul Rest In Peace. 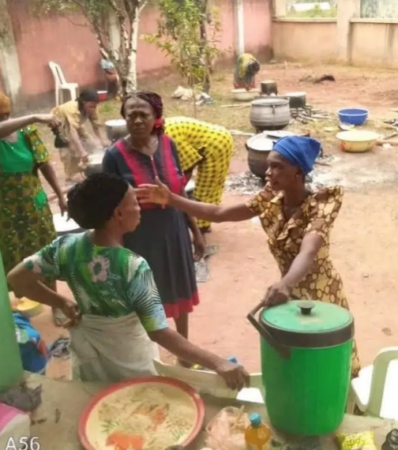 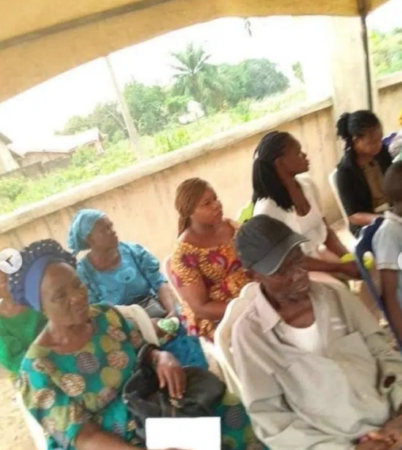