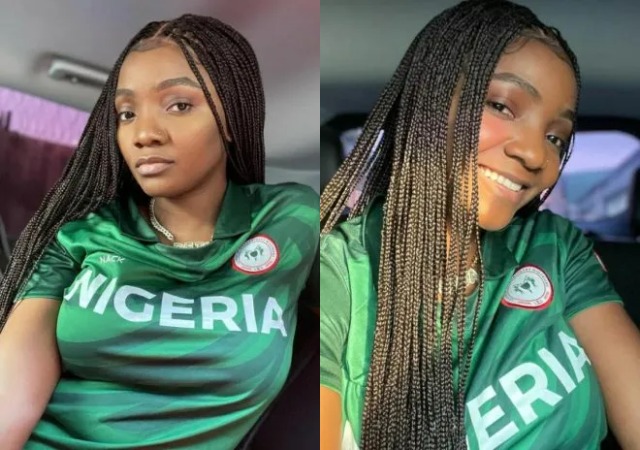 There are rumors going on at the moment that Simi is expecting baby number II after exhibiting habits of pregnant women by excessive eating.

Simi, who is married to Adekunle Gold said she does not understand her current eating habits in a post shared on her Instagram story.

However, some netizens have alluded that she might probably be expecting another baby since it is one of the early pregnancy signs.

See some reactions from fans below;

_bankyrichy_ wrote: AG baby what have u done a again !!! u Don give am belle sharply

manlikecrave wrote: You are pregnant madam

Days back, Simi savagely replied to a tweep who criticized her for complaining about division after Wizkid’s lost at the Grammys but ignored Davido and Yemi Alade.

Davido and Yemi Alade put Nigeria out there in their own way even though one didn’t win a Grammy and Wizkid lost both nominations to another African hit so hard that most people have been complaining about that because he deserves it.

Simi reacting to that asked why some Nigerians are behaving like they are representing 2 different Nigeria asking what is wrong with them.

The tweep reacting to that criticized her for not celebrating Yemi Alade or Davido but is quick to talk about division when Wizkid lost.

Replying to that, Simi corrected the tweep saying she did what she’s been accused of on Instagram even before she opened Twitter, and even if she didn’t do it, it’s her account and she will do whatever she wants with it as some people spend way too much energy on things like this.