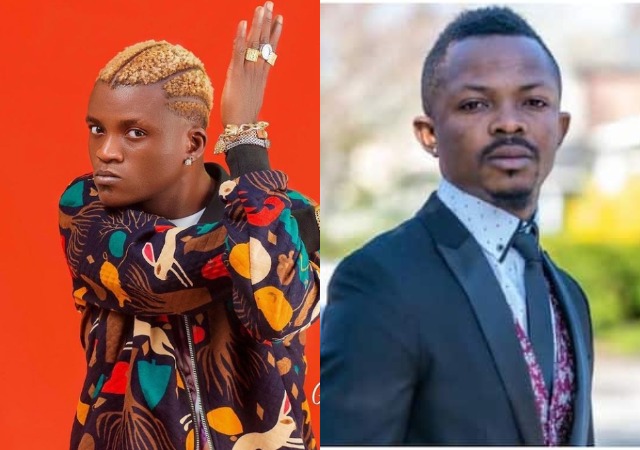 Bidding Nigerian artiste Portable may have gotten more than he bargained for after he sacked his promoter, Ijoba Danku and DJ.

This comes as Mc Morris, in a reaction to Portable’s latest decision, said he had removed him from performing at his show in Canada later in May.

Mc Morris noted that Portable had the talent but lacked a good attitude as he stressed that the singer already had two managers in less than a year since he made it to fame.

The controversial singer had sacked all his music crew on Monday, saying they’re ungrateful.

Mc Morris who found his behavior towards his workers as deplorable, criticized him, asking how one could have lost two managers in less than a year.

“For those that are asking why I removed idamu adugboyin from my May 22 show.

Two managers in less than a year, even sack innocent DJ that his job na to play song and scratch shaka shake I cannot Koshi mero am sorry.

All transaction cancelled and ijoba danku am sorry, no one should use my invite pls , I already wrote to immigration to deny the visa.”

The singer’s fans and followers have since taken to the comment section to react. Some of the comments culled below:

sir_godric1: “Portable should be very careful, he is joking with his career.”

iamdrey_cash: “Good for him, he’ll learn his lesson small.”

yunginvestorworldwide: “You use ur own hand spoil am your body too da hot calm down.”

luckyimueko: “Haba being a celebrity is one thing, another thing is how to maintain it.” 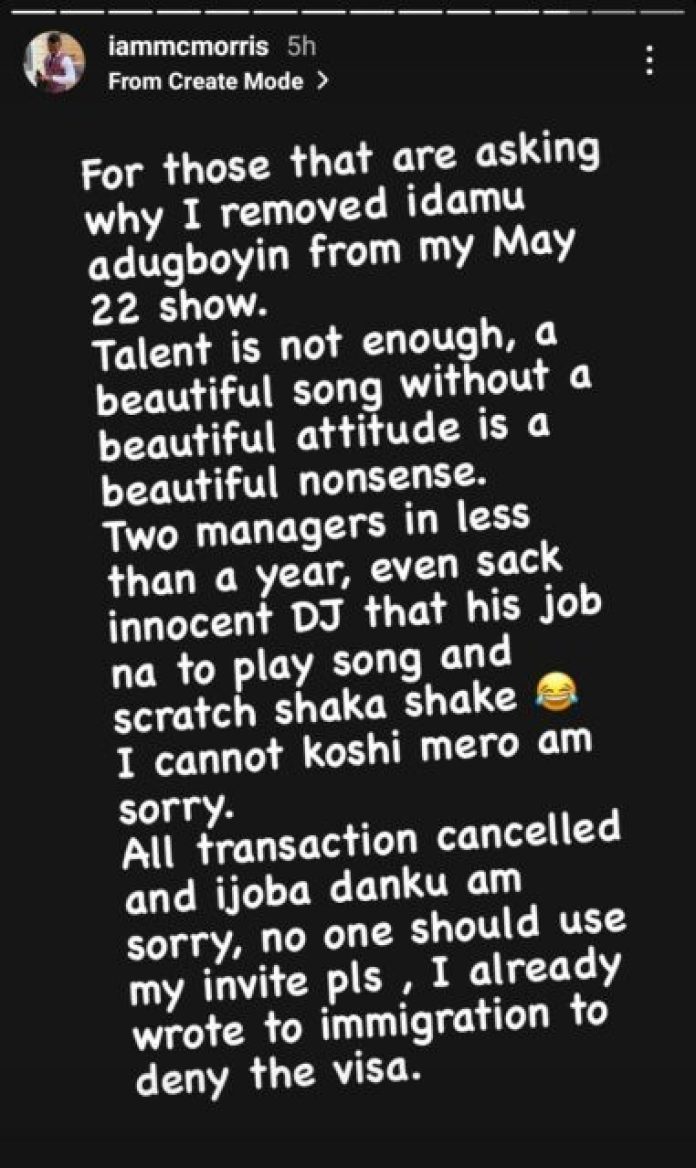