A video showing former Anambra governor and Labour party presidential candidate, Peter Obi addressing popular Nigerian singers, Flavour and Phyno and others during a during a meeting has stirred reactions on social media.

Recall that Peter Obi dumped the Peoples Democratic Party and joined the Labour Party where he emerged as their presidential candidate for the 2023 general elections.

The video that has stirred reactions captured the singers seated in a meeting, listening to the Labour party presidential candidate, Peter Obi as he spoke to them ahead of Nigeria’s 2023 presidential election.

Many Nigerians on social media have reacted to the video commending the presidential aspirant for pitching his plans for the country to the indigenous singers who’d invariably influence their huge following of young people.

One Joezinho said; ”Great news. I like his strategy.. Getting his Alaigbo people to hear his plans for the country.”

One alsudan said; ”Peter Obi is the next President of Nigeria come 2023”

One DamianX wrote; ‘‘We are behind him. He should do his own part and add the north.”

None of them will sit down and allow his biological father stand up While addressing him ….

They are all supposed to be standing while PO is sitting”

One Okoroawusa said; ‘‘Peter Obi these are not the people you need to win 2023 election” 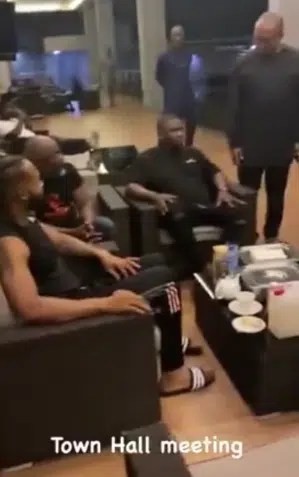 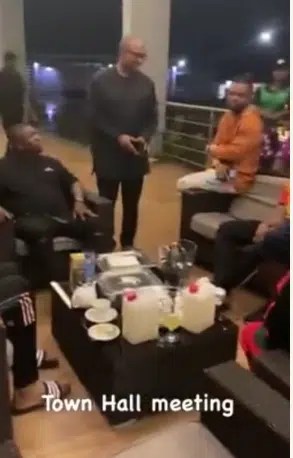 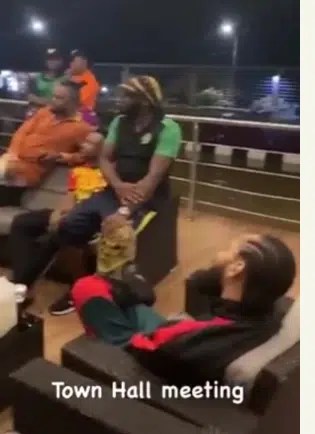