The baby suffered fatal injuries after being attacked by the pet, which the family only bought a week earlier, at a home in St Helens. 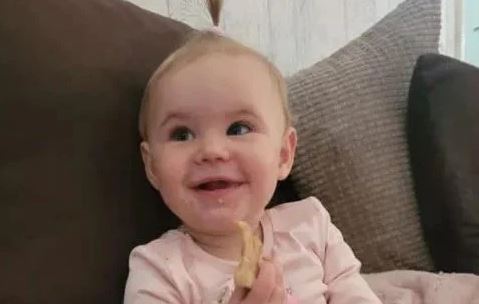 “A toddler has been mauled to death by a ‘stocky Staffordshire terrier or Pitbull’.

Bella-Rae Birch was 17-months-old when she suffered fatal injuries after being attacked by the pet, which the family only bought a week earlier, at a home in St Helens.

Shocked residents of Bidston Avenue in the town spoke of their “utter devastation” after the horrific incident.

Locals in the “quiet” road fought back tears as they fondly remembered watching the tot playing with her brother.

Neighbour Joanne Matthews, 53, said: “She was such a beautiful little girl, toddling about. I’d see the family in passing, just to say hello, and they were always very pleasant”.

One resident, who did not wish to be named, said: “They were a lovely family, and it’s just devastating what has happened.

“The dog had a stocky build, it was a Staffordshire terrier or Pitbull, and it was fully grown. There was only one.

“It’s devastating. This is a normally quiet street, and the children would play in the street. The little girl, a toddler, was always about. It’s a shame I won’t be able to see that again.

“I don’t remember seeing anything at all until the ambulance arrived. They were a very pleasant family, with two kids.”